Graphic Designer, Director, Fine Artist and Photographer, Rhonny Tufino is a graduate from the School of Visual Arts in New York City. His graphic design work is a key component for our multimedia campaigns. Mr. Tufino has worked on a variety of projects including layout design and logo editing for SophiaLux.

Born in Quito, Ecuador in 1992, Tufino always showed an interest in the arts. He was able to major in Fine Arts at the Alexander W. Dreyfoos School of the Arts in West Palm Beach, Florida. After winning first place in the “2008 Delray Beach Garlic Fest Poster Contest,” Tufino was able to purchase his first camera and developed a passion for design and music videos. Upon graduation in 2010, Tufino became a recipient of 4 Gold Keys (Regional Level) and one Gold Medal (National Level) at the “Scholastics Art & Writing Awards” for his paintings.

At the age of 18, Tufino received the “Silas H. Rhodes Merit Scholarship” for his artwork, and moved to New York City where he attended the School of Visual Arts. In 2014, under the direction of legendary director Bob Girladi, Tufino was able to write and produce his first short-film “Oh, Brother” which premiered at the “Eight Hour” Film Festival with 8 other films at the Beatrice Theatre in New York City.

Rhonny graduated with a BFA in Design and Film in May of 2014. 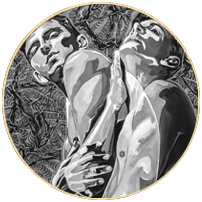 Ever since I was very young, I have always been passionate about fine arts in general. I have developed a particular interest in painting which has helped me grow as a human being in a personal level. 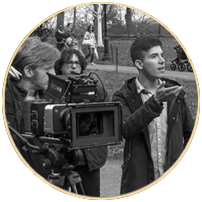 Music videos are a real passion of mine. I think its a beautiful way of incorporating music, design, and art. I am involved with the entire production and post-production aspect. 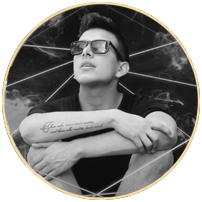 This is a new passion of mine. This medium has developed into another way of expressing myself as a creative professional. 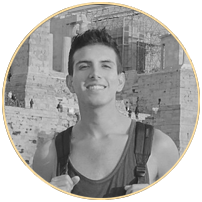 Probably one of the most influential things in my life and artwork. I have been able to travel and experience at least 20 countries.

In my free time, my friends and I often get together and create elaborate art pieces by combining each other’s talents.